MMT, Modern Monetary Theorists (MMTers) contend correctly that their critics have not yet come to terms with the end of the gold standard in 1971. Since then there has been no requirement for a country like the U.S to back its currency with gold and there is no need for concern about debts they can print money to pay.

MMTers have included several well known economists going back as far as Abba Lerner who commented in the 1940s that “Government should spend whatever is required to meet its goals Deficits be damned.”

Recently support for MMT by prominent economists has been overwhelming with a notable exception being the influential former chief economics advisor to the I.M.F. Harvard Professor Kenneth Rogoff who branded Modern Monetary Theory Monetary Nonsense.

The U.S. Government has now indicated it will borrow a record breaking $2 trillion to help businesses and workers get through the Corona Virus induced recession and, according to the NY Times, “some of the country’s most ardent deficit hawks have watched the debt pile up and are asking lawmakers to spend more.

Even Professor Rogoff now says “Any sensible policy is going to have us racking up the deficit for a long time. If we go up another $10 trillion, I wouldn’t even blink at that now.”

The message from MMTer Stephanie Kelton, Stoney Brook University Professor, author and economics adviser to Vermont Senator Bernie Sanders 2016 campaign has been “First they ignore you, then they laugh at you, then they fight you, then you win.” After Professor Rogoff’s Volte Face we can expect comment on US debt accumulation will be be Print Baby Print .

No surprise then that I am being asked again “Should we own gold.” The answer of course depends on your motivation for wanting to own gold, if gold is reasonably priced, your strategy for managing the investment and of course the outcome of the December 2020 U.S Presidential election

The LBMA annual forecasting competition, an essential and free information resource, has now been published for 2018 and is accessible on the following link.

All forecasts are, of course, only guesses and  depend on how domestic, political  and geopolitical events will play out on the world stage. The forecasts for 2018 reveal strongly divided expectations with forecasts as low as $1120 and as high as $1510.

THE  NOTE ON MY PROPOSED  NEW BOOK ON GOLD HAS BEEN DELETED FROM THE DECEMBER 2016  POSTING THAT FOLLOWS:

Sound motivation, good timing, good  strategies and reliable current information are essential for all investment decisions. Gold is no exception.

My suggestions for now are to  follow two of the late Maynard Keynes’s pithy suggestions: 1: Successful investing is anticipating the anticipations of others.

2: When the facts  change I change my mind. What do you do Sir ?

Keynes on The Economic Consequences of the Peace:

“Lenin is said to have declared that the best way to destroy the Capitalist System was to debauch the currency. By a continuing process of inflation, governments can confiscate, secretly and unobserved, an important part of the wealth of their citizens.

“By this method they not only confiscate, but they confiscate arbitrarily; and, while the process impoverishes many, it actually enriches some. The sight of this arbitrary rearrangement of riches strikes not only at security, but at confidence in the equity of the existing distribution of wealth.” 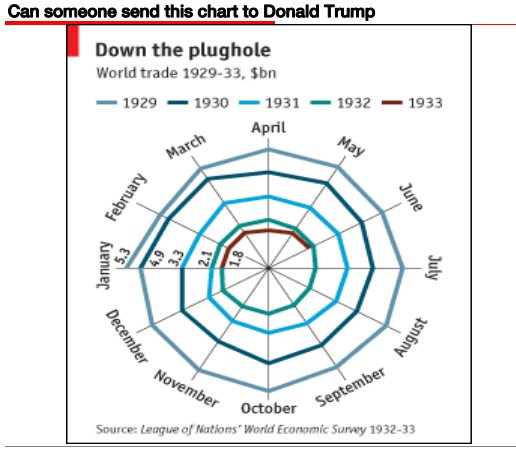 President elect Donald Trump has spoken to the nation shortly after winning a bitterly contested campaign. His message included a call for binding up campaign wounds, national unity and even a tribute to Hilary Clinton, the lady he was going to jail,  for her outstanding service to the nation.

Trump’s victory is testament to his ability to get things done. With the election having brought Republican control to both Houses of Congress he will be free of politics blocking his plans for economic growth if his p[ans make sense.

It will be a while before we have any real light  from the Trump administration on  what his plans actually are, if they make sense and what consequences to expect for the US and Global economies .

Gold remains on the agenda for investors.

Will the American Dream survive the Clinton Trump Presidential election?  Whoever is elected we expect the time honoured response “THE KING IS DEAD LONG LIVE THE KING” will  accompany any transition of power after the election.

But what about the world monetary system dominated by the US dollar?

If the world monetary system is challenged by a  loss of faith in the new U.S. President there is no other national currency that will fill the void following  a loss of faith in the dollar. If the American Dream becomes a  Nightmare  gold will again be of utility to investors hedging against  currency risks – as it has already been this year for investors in the United Kingdom following the plunge in the value of the £ sterling that followed the Brexit upset.

As I have written for this blog  before and since the beginning of this year, for Investor Literacy.com and in a long series of Tweets  gold belongs on the agenda for investors when decisions are being made on asset allocation and on hedging against currency risks.

PLEASE LINK TO & READ OUR DISCLAIMER ON INVESTMENT ADVICE

“A growing number of investors are recognising the potential of gold to increase returns and improve risk-mitigation attributes of well-diversified portfolios.”

Mohamed El-Erian  is Chairman of  The White House Global Development Council, Chief Economist at global insurer Allianz,  one of the the world’s premier bond investment firms and a leading commentator and author on investing, economics and finance.

Simon Baptist, Chief Economist for the Economist Intelligence Unit raises the question whether we are seeing  first signs of a return to inflation  in a Twitter posting on @baptist_simon  with a link to his current Newsletter headlined The Return of Inflation where he writes:

…”1 Chinese Factory Gate prices ended their near five year run of declines, while in the UK producer price inflation reached a five year high of 1.2%. In bad news for UK firms producer input prices rose by an astonishing 7.2% implying a huge compression in average profit margins – and significant consumer price inflation (or bankruptcies) to come.” 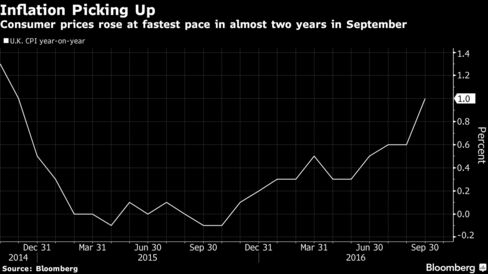 “Inflation has risen to 1.0 percent this month, as expected. Higher import prices are feeding through to consumers because of the fall in sterling since the EU referendum vote. This latest rise, however, is just the tip of the inflationary iceberg which is coming our way. Since the beginning of September, sterling has fallen a further 8 percent or so against the euro and the dollar. This will continue to push up inflation in the months ahead. A stronger oil price will add further to price rises for energy and transport.

“Over the course of next year, we should expect inflation to rise above the Bank of England’s 2 percent target. This will squeeze household spending power and add to the slowdown in the economy in 2017. PwC is forecasting a slowdown in growth to around 1% next year, with investment cutbacks reinforcing the slowdown in consumer spending.”

The 2016 winners of the prestigious Mining Journal’s best America’s based Fund Manager Award are Goldwatcher co author Frank Holmes ,   Chief Executive and Investment officer of US Global Investments/US Funds  with the Fund’s portfolio manager Ralph Aldis CFA  The award was decided based on fund metrics provided by  Morningstar.

Updating his long standing advice  to investors  to “anticipate before you participate” Holmes quotes Marcus du Sautoy, Professor of Mathematics at the University of Oxford  : “Although the world looks messy and chaotic, if you translate it into the world of numbers and shapes, patterns emerge and you start to understand why things are the way they are.”

The mantra for this blog is Information + Simple Arithmetic = Common Sense.  Holmes explains why.

Keynes on The Economic Consequences of the Peace:

“Lenin is said to have declared that the best way to destroy the Capitalist System was to debauch the currency. By a continuing process of inflation, governments can confiscate, secretly and unobserved, an important part of the wealth of their citizens.

“By this method they not only confiscate, but they confiscate arbitrarily; and, while the process impoverishes many, it actually enriches some. The sight of this arbitrary rearrangement of riches strikes not only at security, but at confidence in the equity of the existing distribution of wealth.”